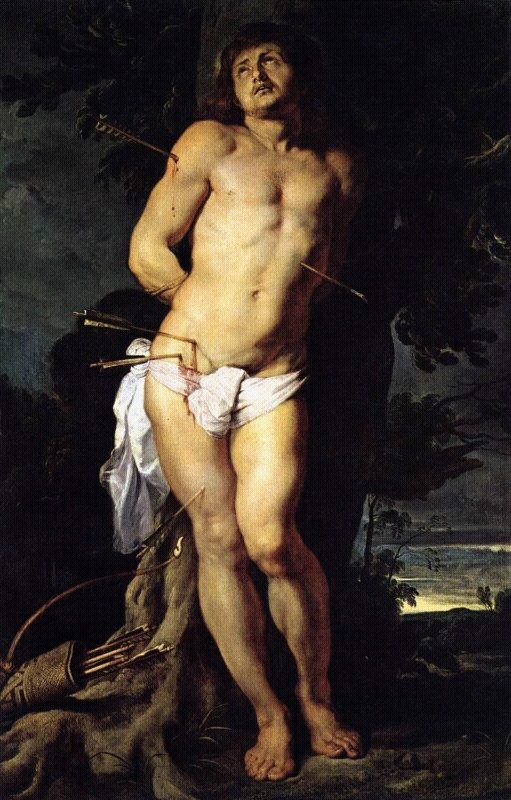 Modal logic is based on the assumption that various possible states of affairs coexist at the same time, and that as little as a change of focus or perspective on one or more of them can bring them into reality, or alter the current ‘reality’, in fact merely actuality. Whether somebody will pay attention to us or not is an example of a situation where we have two possible states of affairs, two modal worlds, one of which is actual, or ‘real’. The fact that somebody, let’s say, does not pay attention to me in a particular situation is, indeed, perhaps ‘real’ as opposed to the possibility that they do pay attention to me being ‘not real’, however the difference is slight, because both states of affairs are possible. If I raise my voice, do something unexpected or start to walk away from the conversation, the person will likely immediately pay attention to me. However, if I take it as a cemented fact that this person is not interested in me and in what I have to say, my ego may cause me to simply give up trying to get their attention. Actualities are indeed somewhat more ‘real’ than potentialities, but this difference, in modal logic, is far less significant than in ordinary binary logical thinking, based on ‘is’ and ‘is not’ as the ultimate measure of the truth.

Modal logic is particularly obvious in interpersonal relationships with a dimension of romantic partnership. Many clients in psychotherapy suffer because of problems in getting someone’s attention, and one of the ways in which they try to get that attention (which may be absent for a variety of reasons) is to try and force themselves in front of the other person, whether physically, or more commonly these days, ‘electronically’, through their ‘virtual self’ (social networks, mobile messages, etc.). The result is often a further alienation of the other person, because attempts to attract their attention do not yield results. The actual state of affairs, where there is a deficit of attention, is additionally worsened by attempts to get the attention in unproductive ways. This is also a change in the modal worlds. Where once there was some lukewarm communication, now all communication ceases, because the person loses that little interest that she had had for the interlocutor. The fact that this is an undesirable change of modal worlds does not change the logical fact that it is still a change which has been brought about by a slight amendment to the first person’s strategy in communication. In many similar cases, the opposite strategy would also yield a change in modal worlds, however one that is more desirable. Should the person who is ignored cease all communication and establish a different kind of perspective on the person who ignores them, the latter person would likely sense a loss of attention, and would perhaps try to establish contact, which, then, would also represent a change in the modal worlds. However, the third scenario is also possible. Abandoning the relationship altogether may bring about a completely new and radically different modal world and cause it to become actuality. The modal worlds constantly change as actuality changes, and taking a particular point in time and the actuality of that specific moment as a fixed reality is detrimental to constructive human relationships.

We must think about current realities in our interactions as elements of a flow of actualities, where looking at any current actuality from a different angle may present it in a different way, in different colours and with a different glow, and this may allow us to simply wait out the next stage in the flow where we might experience the relationship differently.