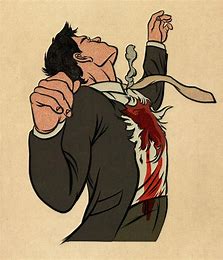 I have recently written about why violence is unduly relegated to the realm of unconditional delinquency, and why its intrinsic values for social regulation, which arise from her organic nature which help define the human being in the most general terms, have been all but forgotten. I have grappled with this idea for a long time, questioning myself as to whether what I was about to write was actually a valid argument. After several years, I have decided that my hesitation was merely an inner struggle with the learned standards of political correctness, and that there is nothing philosophically significant in the way or arguing in favour of affirming and using organic violence, of course in proportion with the need and in a way way circumspect of all larger issues of ethics, aesthetics and values such as human dignity and liberty.

The PFD of the paper can be downloaded here.