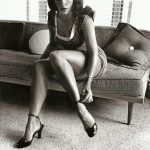 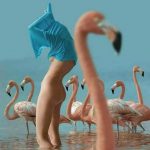 Johan Galtung was perhaps the first in modern social theory to suggest that our interests have little to do with who we are or what we think, feel or need. Thus conflicts based on interests are structural, and not personal: interests tend to be the same depending on one’s social position, duties and context, irrespectively of the identity of the holder of that position or duties. Interests are largely defined by social expectations and broader socialisation of individuals. For example, people are considered to have an ‘interest’ in being promoted to senior positions in their employing organisations: thus they jockey for such positions, especially in industries where advancement brings them considerably greater pay or considerable privileges. ‘Becoming a manager’ thus resonates with most as an interest which is built in being a salesperson, a procurement person, a service person. However, as Galtung points it out, the system becomes confused when people resist what most consider to be their interest. Perhaps I have an interest to become a public official, but this may militate against my personal values, and my autonomy is reflected not in following my interest (exactly because interest is structural, and not personal), but rather in acting regardless of, or contrary to, my interest. Thus I may decide not to run for public office, even if I am invited to, because my personal values are different: I like independence, liberty, having more free time, and I don’t like responsibility. Once enough people decide that they will act based on their personal values, and not on their interest, it will become more difficult for the state, for ‘the system’, to predict our behavior, to condition, blackmail and use us in all kinds of ways.

The situation is very similar with Ego. Eckhart Tolle was the first to point this out: ego, our attachment to things, approval by others, social positions, etc. is also structural: these are things that the society expects of us if we ‘value ourselves’. In fact, none of the above have anything to do with who we are: accepting withdrawal, loss, or marginalisation are, contrary to public belief, strategies which bring us closer to our personal existential experience. Just like interest, ego is a burden, a problem, a repressive tool meant to enslave our personality. Wise people do not take their ego seriously: they smile at the way their ego moves them to confront others, to seek acknowledgement, to perpetuate animosities arising from different opinion.

One of the signs of a healthy personality is the person’s ability to distance themselves from their own ego. They do have different opinions to others, and they express those opinions, but they do not turn them into lasting animosities. Such people draw a line between their opinions and themselves. Our opinions are not who we are. They are just accidental views. We may confront someone else over different views that we hold, but it is a contradiction of views, not of persons. True, many will say, but persons tend to identify with their views. This, however, is the sign of an overgrown ego: a large, vulnerable ego shivers at any challenge of the views the person holds dear. When people react violently to challenges to their views, they show the degree of insecurity they harbour deep inside.

Our western societies are very cautious about the so-called ‘negative’ social emotions, including anger. It is considered that anger leads to violence, and as violence is proscribed and banned in all kinds of ways throughout the industrialised society (other than the violence exerted by the society itself, which is skyrocketing, but that is another story), thus anger is also seen, interpreted and defined as an emotion that is at least suspect, if not openly destructive.

There are several reasons for this cautious view of the society on anger. The most important one is that anger motivates social and political change. When enough people are angry, when they communicate effectively between themselves, and when they are able to clearly articulate the specific causes of their anger and possible means of addressing those grievances, the basic preconditions for social and political change are there. Thus, diluting public anger, fragmenting it so that it is not easily communicated, and confusing the articulation of the anger are all strategies the society and ‘the system’ use to tamper and control anger. Describing anger as a destructive emotion is one of those strategies, because we feel what we are taught to feel with regard to certain life experiences, and if we are sufficiently strongly socialised to believe that anger is bad or suspect, then we will not learn when to feel it and how to articulate and express it.