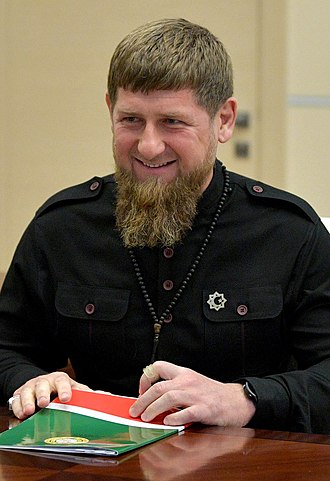 The current war between Russia and the Ukraine is an example of how political correctness and the lack of critical thinking combine to generate a tyrannical opinion which stifles free thought and causes all kinds of repression. Once our thoughts are controlled by what we may or may not say, we face a classical psychoanalytic situation where ‘forbidden’ thoughts and ideas are repressed into the subconscious, wherefrom they, then, non-transparently command a major part of our overall psychodynamics. This principle is illustrated by the way in which Russia’s invasion of Ukraine is described and treated in the conventional western media and in social media alike.

The public opinion is shaped in extremely dictatorial ways: it is only allowed to be critical about Russia, and any voices that purport to offer a more balanced view are sanctioned as ‘nationalist’, ‘conservative’, or ‘militant’. In fact, the fact that the Russian offensive in Ukraine is slowed because of the often repeated statements by Russian President Vladimir Putin that ‘Ukrainians are the same people as Russians’, and that according to the Chechen leader Ramzan Kadyrov the order for the taking of the Ukrainian cities has not been given, are interpreted as Russian weakness and as signs of a miraculous possibility that Ukraine could win this was. Nothing could be further from the truth.

Normally, this would be clearly seen by most intelligent observers, and it would be openly discussed, however the pressure of censorship and political correctness is such that people don’t dare say what is obvious. Thus, the criminal use of civilians as shields, which is sanctioned by the international law of war, is covered up, although it is one of the most degrading practices for any political government involved in warfare anywhere in the world.

Secondly, the western policy of inflicting heavy economic blows on the Russian economy only pushes Russia towards the brink of using nuclear weapons, which is what Russian President Putin meant when he said that the imposition of sanctions on Russia is similar to declaring war on it. If Russia is so economically damaged that it cannot win this war, it will resort to nuclear weapons; it will not and cannot allow itself to fail in taking Ukraine after this operation has been launched. Creating conditions for the use of nuclear weapons by introducing such severe sanctions, while at the same time not being willing to defend Ukraine, is a sign of extremely bad judgement by the western leaders. The world has never been so close to nuclear conflict as it is today, and instead of free voices and intellectuals forcing a lively debate while there is still time, they are stifled and self-censored by the all-encompassing repression that has come to dominate public discourse in once democratic countries.

This war is a potent illustration of how repression works in our societies and how, even when faced with the ultimate consequences for the entire Globe, and certainly with the destruction of Europe, our mechanisms of self-sanctioning operate to prevent us from telling the truth.