Public Health as an issue of Philosophical Psychology 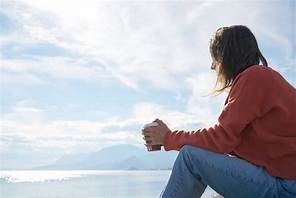 A way to understand Russia’s onslaught onto Ukraine is to consider the psychological and value circumstances which have led to this course of events. A broader picture involves a crisis in the manner of ethical and value grasp in the globally dominant way of thinking.

It is truly pitiful to watch the imposition of a one-sided view of the conflict, where everything Ukrainian is suddenly pronounced progressive, democratic and based on human rights, and everything Russian, even the Russian culture and sports, reactionary, dangerous and worthy of public cancellation. This trend shows not only the increasingly domineering trends of political correctness in the West which have started with the gender ideology and the increasingly militant ideology of power propagated by the last wave of feminism, but also a more worrying trend: the almost complete willingness of ‘freely thinking’ people, intellectuals, athletes and informed public, across the developed, rich countries, to simply obey the dictates of political correctness.

Russia did attack Ukraine. The destruction arising from that aggression is indubitable, tragic and deeply hurtful to any emotionally and morally integrated observer. However, that is not the whole story; it is a picture whose meaning requires context.

I will not venture here into the geostrategic and ideological reasons why Russia claims to have been forced to attack Ukraine. These are plentiful, but I may address them on another occasion. Here I want to speak about the value and ethical reasons which might have precipitated this war and more importantly, why this war is likely to turn nuclear.

We live in a deeply destructive culture of individual, group and ideological narcissism, where most ethical norms have become subsumed to the will of those with power and influence. Traditionally, this influence included primarily the political and military levers of power, and today the media and social networks are the dominant types of exercising power. Narcissism on a collective level has led to a belief in the universally obligatory nature of  our civilization, a domineering cultural structure with norms ranging from those of trying to cancel biological sex, in favor of gender, to openly repressing those with opposing views, to persecuting or falsifying religion by the use of political puppets turned religious leaders, to destroying the traditional organic community.

This domineering kind of world invites resistance by those who disagree, and this resistance, consciously or unconsciously, tends to take the form of struggle for the preservation of national sovereignty. Personally I don’t like national sovereignty. Back in, I think, 2011, I challenged that concept when I worked in the theory of diplomacy and international relations, by contrasting state sovereignty with constitutional sovereignty in the sense of grass roots sovereignty by citizens, regardless of the state institutions. So, I am not an advocate of ‘sovereignty’, and especially not of ‘patriotism’, which is a political label that typically rallies the worst of the worst of the political opportunities in almost any country. However, in this context, sovereignty as a cause for struggle stands as an approximation for what those who disagree with the dominant ideological narrative see as values that they defend from, and values of their own that they defend.

It seems to me that what is at stake here, masked by Russian onslaught onto Ukraine, is in fact a reaction to a deeper and less obvious conceptual and policy onslaught, launched by various elites and governments, onto liberalism.

The idea seems funny, I know. How can Russia be liberal? It is an authoritarian country, with little tradition of democracy, a post-imperial power. But what seems paradoxical may in fact be the case. Russia has adopted a liberal ideology of capitalist economics and of competitive thinking that is only made possible by the assumption of autonomy and liberty. In some ways, Russia is now reminiscent of the early USA, at the time of the rise of the liberal state. The wealthy men, popularly called ‘tycoons’ are exactly those same type of guys that in the West we used to call the ‘new rich’, at the time of the moto ‘don’t ask about the origin of the first million’. This is where Russia is today. Indeed, it is a liberal country. A liberal economy. A liberal society. And it is waging war to defend its liberal identity against what it fears is a wave on new strategic, security and broadly value culture that challenges that new identity.

Throughout history, violence has often been the ugly face of deeper value struggles, and there is no reason not so suspect this war to be the same.

There is a physical Law of Action and Reaction, which entails that a body will respond to the exertion of a force by an equal force exerted in the opposite direction. The law applies to the universe generally, not only to material objects and physical vectors of force, but also to psychological realities: forcing one way of life, one set of values and a type of dictatorial ‘new normal’ on the people some of whom hold very different values, such as the traditional liberal values based on individual and collective self-determination, will cause the exertion of an equal force in the opposite direction. There is probably a quantum physics equivalent explanation of this Newtonian physics metaphor, and it likely involves a balance of energy. Where one type of energy, arising from values, and convictions, is exerted on a sufficiently large entity, psychological, value, economic, or military, that entity will respond with the equal amount of force in the opposite direction. One type of force might be political, the other might be military, or vice versa; both are forces that account for the Law of Action and Reaction as a universal principle that organizes our reality.

If the onslaught continues (shipments of weapons, global mobilization against those who resist, political and economic isolation), this increases the force exerted initially, and logically, leads to an escalation of the force the object of the initial pressure responds with.

That is where a nuclear attack is not only probable, but highly likely if the unchecked, sweeping ideological and cultural force continues to be visited upon the Significant Other. I will cite Johan Galtung here: the first step in resolving a conflict is de-escalation, not escalation through the provision of weapons and the issuance of inflammatory and threatening rhetoric.

The increasingly common, explicit statement by western leaders that their goal in managing the conflict in Ukraine is to ‘weaken Russia’ clearly leads to Russia trying to strengthen itself. It is an escalatory rhetoric. The goal can’t be to weaken someone, but rather to transcend the conflict. Traying to weaken the adversary will lead to the adversary escalating all their efforts in order not to be weakened. We are currently on the road to such escalation, which is contrary to constructive diplomacy, and to fundamental philosophical and psychotherapeutic principles of establishing trust.

All of the above does not suggest that I am taking sides militarily or politically. Any war is tragic. Ukraine is a victim here. There is no doubt about that. However, to understand the ramifications, or limits, of potential confrontation, one must consider the escalation on a sufficiently deep level of true motives and dynamism of decision making, which is always based on values.